Glossop is great for accessible, technical moorland riding. The descent from Cock Hill is split into two parts - the first part consists of singletrack across moorland. The trail is natural but not particularly rugged, so it's fast and mostly non-technical. It's still good fun, though. The second part is between two field boundaries of drystone wall. There's a ditch with a singletrack path alongside. This part is slower and more technical, with some rocky section towards the bottom of the descent. It's still not hugely technical - it'll present a challenge to less seasoned rider, but it's still fun for the experienced among us. It's never so steep as to be sketchy- you never have to drop your saddle and pray for the right line.

This ride is accessible straight out of Glossop, but still feels like the proper, desolate moors in winter, at least. In summer, it's possible that crowds will spoil that illusion.

The map below shows only the descent, since I haven't identified a good route up yet, although the Strava global heatmap has a route that looks promising. If you can be bothered trying to decipher those blue lines.

We hike-a-biked through an old quarry. Some mild scrambling whilst hauling bikes was also required. Like I said, I've not found a particularly good route up. This one is picturesque, but there's gotta be an easier way. 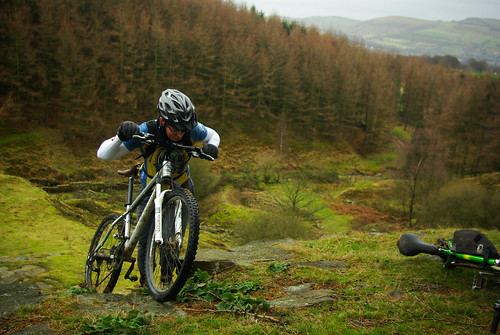 The Gravel road to the top, which you Must Not Ride. 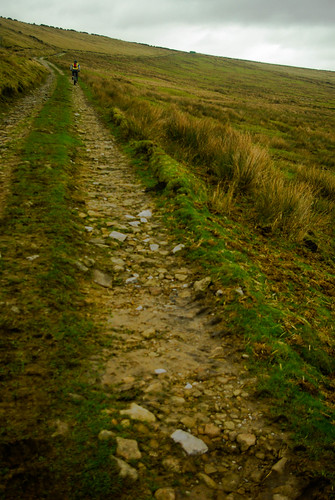 The wind was blowing. The hut offered little shelter, to be fair, it only had about one full wall. 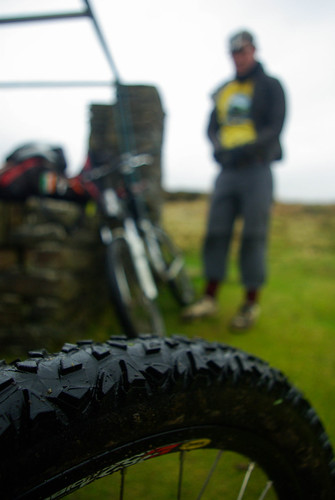 The singletrack descent starts near the hut, and it's pretty obvious once you're on it. You can detour to the trig point atop Cock Hill. 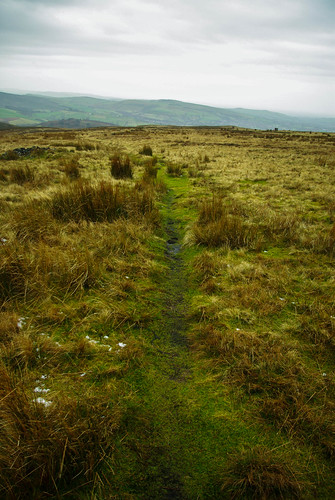 It's not particularly technical, but it's got enough twists, and you can rip and run. 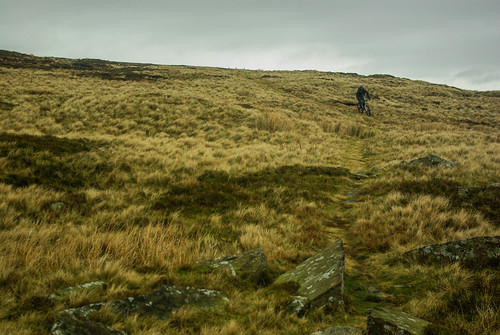 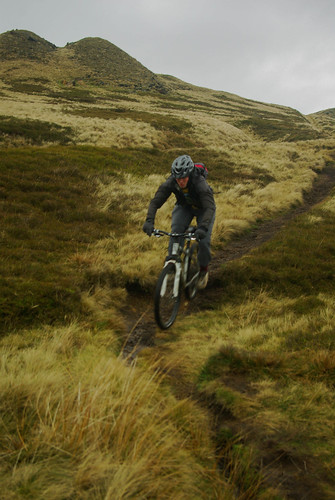 The second part of the trail between two drystone walls. The trail is often at an awkward camber, but it's mostly alright, some parts need you to carry a bit of speed to clear. I reckon it'll be prone to getting pretty soggy when the weather's bad. 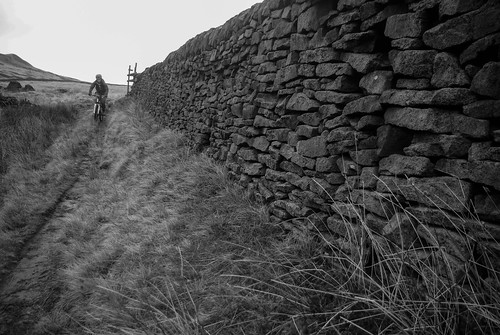 It gets rocky down the bottom, but it's mostly solid. A couple of fun, chunkier sections, but never overly technical. Although there's a drop at the very end with a super awkward landing (yeah, I walked). 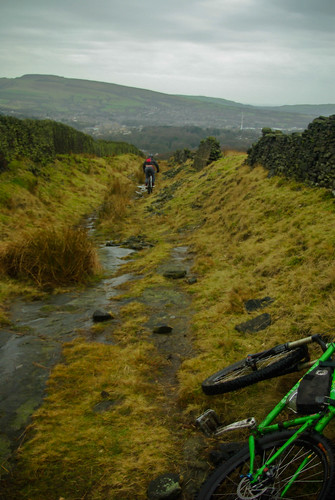 Another small quarry right before you get back into Glossop. 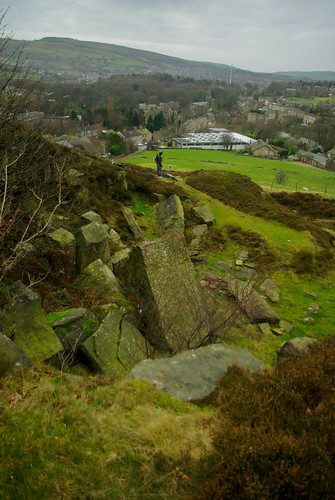 I like this descent, it can be done in a few hours, although getting to the top takes quite a while. It's a definite step down in difficulty from somewhere like Doctor's Gate, but it's still got a little bit of that rugged, rocky, natural trail. There are probably loads of little runs through the quarry, but the piles and piles of loose rock make many of the paths unridable. I'll update when I find a good way to the top.