I wanted to check out Middle Hope and figured that since the weather was supposed to deliver all manner of punishment upon the south west, I'd go as coastal as possible, get sodden from below (mud/seawater) and above (rain), but it wouldn't matter because it'd be short and I'd be gunning it the majority of the time. Middle Hope is a spit of land at the north end of the beach at Kewstoke, and it's nice enough but nothing special. The paths there are ridable, although short. Also the only way up to the headland is via stairs.

In Weston; at low tide, much of the sand is compact enough to ride. I love the failing arms on the dude caught in the mud. 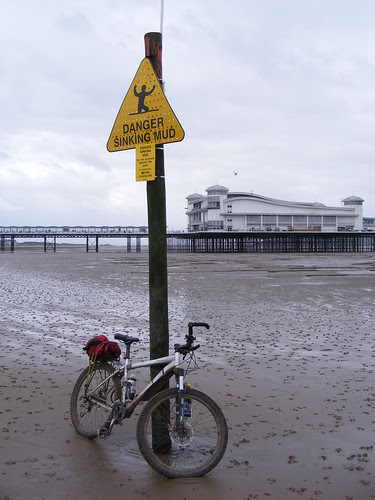 Kewstoke Beach/Sand Bay. I decided to go the arduous route by dropping down from the road onto the rocky shoreline and trying to pick a route through the mud and copious rocks. 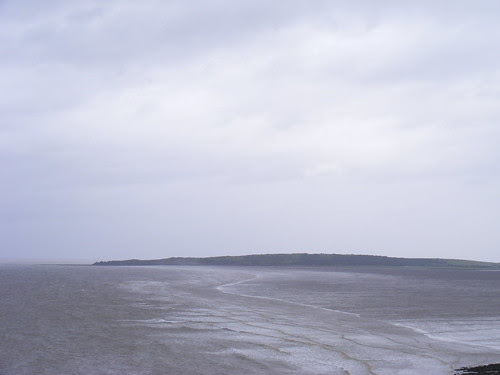 That went about as well as expected; 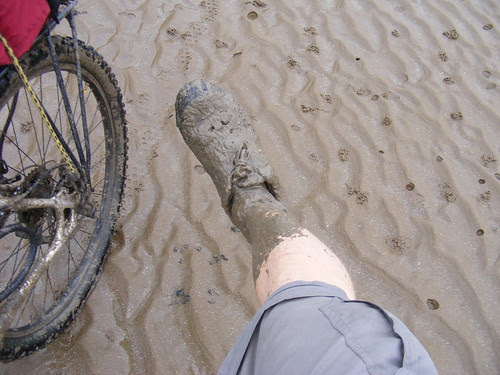 Towards the abandoned pier/IRB station on Birnbeck island. 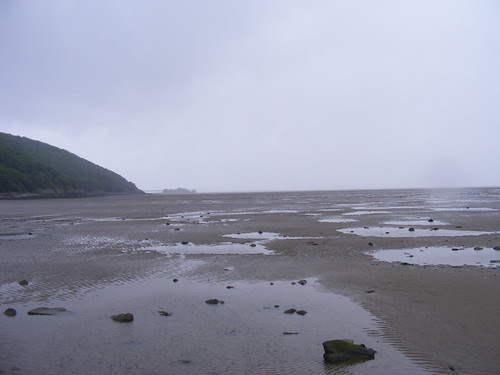 After a tail-wind powered bomb along the coast, I cut through the marsh at the north corner of the beach surprisingly easily. 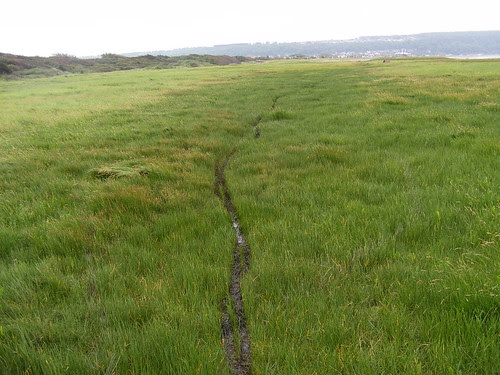 On Middle Hope, it's windy. 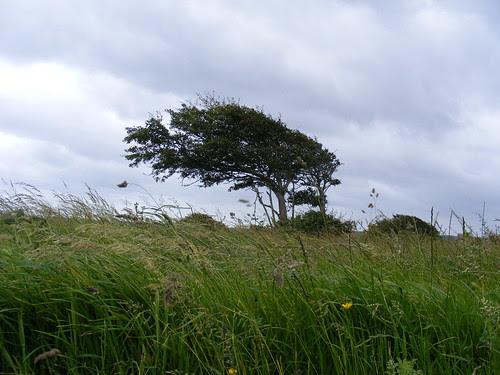 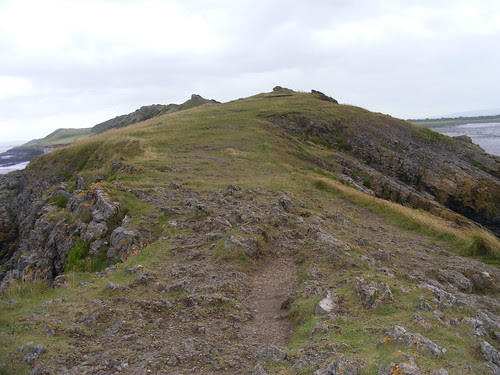 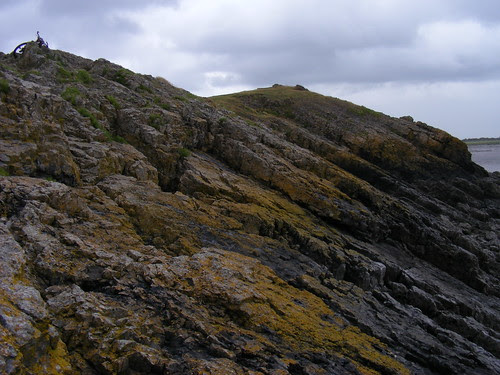 It became ungodly windy towards the tip of the rocks. 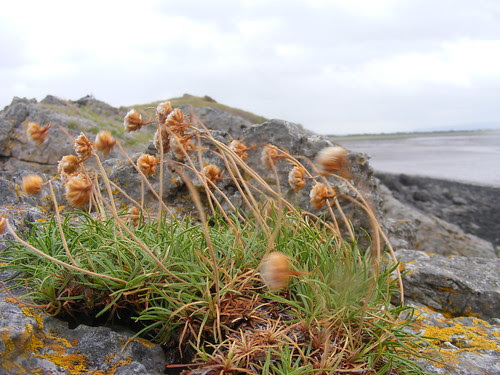 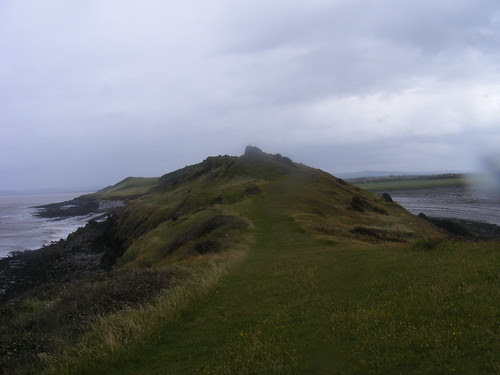 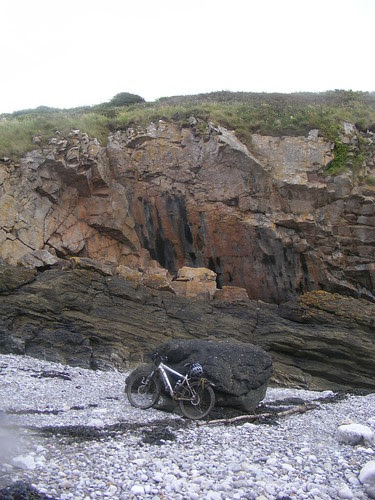 So, Middle Hope is alright, similar to Brean Down, although not as dramatic, but easier to reach. There isn't much riding there to be had, but gunning it along a beach with a tailwind is pretty good fun, as others have found.