I went back to Treherbert with high hopes, but they were rapidly dashed on a combination of ludicrously rocky and sodden trails, dreary forest timber trails, dull weather and (my own) poor navigation. Unlike my other posts I'm not going to write this one up with a map and full description. Suffice to say, I've yet to find the hidden Welsh gems I was hoping, although the pervasive rain we've been having as of late probably didn't help the trail situation, which was almost comically moist for lengthy sections of the path.

Heading Northwest out of Treherbert and into Tynewydd, then Blaencwm, I started riding the singletrack bridleway leading up Cwm Selsig. It was nearly perfect terrain. For about five seconds, until I encountered this; 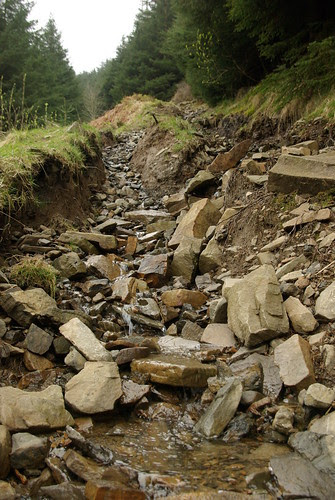 Many of the paths leading up the valley were rocky as all hell, and appeared to funnel small streams along them such as the one below. Occasionally the streams would pool into path-dominating puddles. 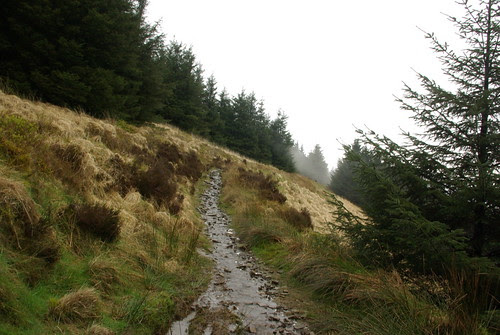 The views from the top of the valley escarpment are pretty good though; 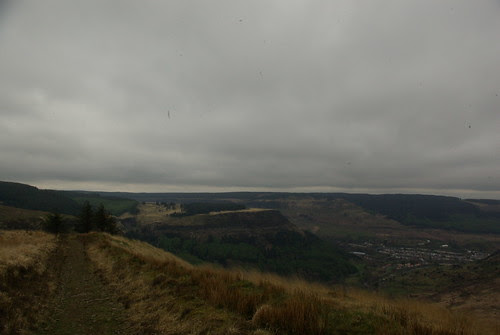 Eventually, I came off the main path and intersected with the Skyline Trail at Afan forest park. At this stage, the trail was running along timber tracks going through Dunraven forest . I entered Dunraven forest and was forbidden by forestry commision signs to enter various parts of it. Dunraven forest is about as dreary and featureless as it's possible to be. 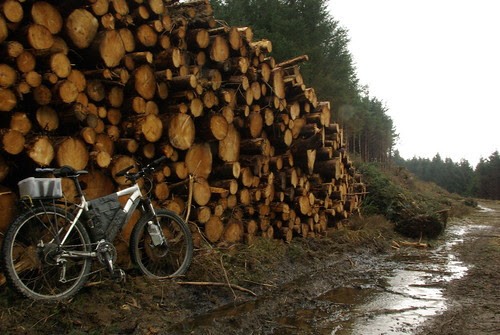 One section of track had brush piled on it, which was slightly more ridable than it looks; 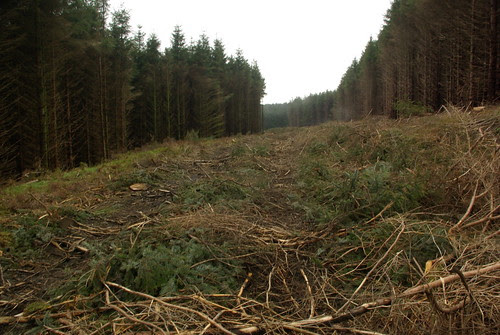 I'm bitching because I picked the most rain sodden April to explore this area which made the paths far more challenging than they'd otherwise be, and then I got lost in a dreary forest. There is, however, interesting stuff to see; 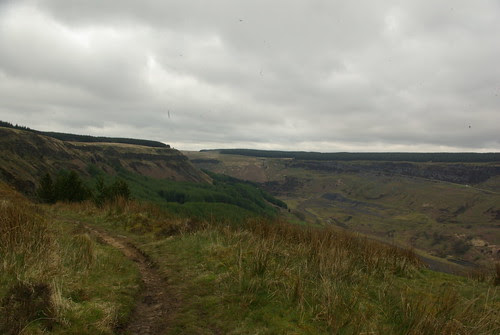 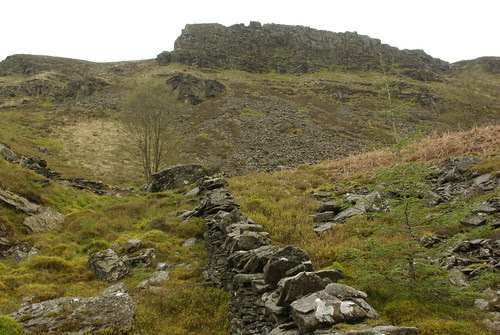 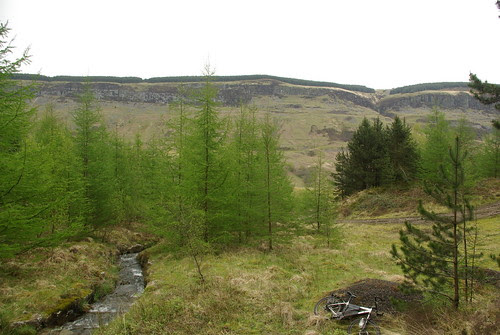 My shoes were sodden through, and I forgot my dry socks, so I improvised with plastic bags on the train back. 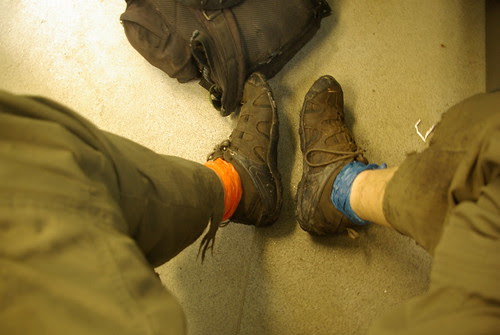