So, me and my friend and associate, Ell-Dogg, rigged up our mountain bikes to be sweet bike-packing machines and went to a whole different country. Here's our route. We hopped on the (doddering) train to Rhymney , which sits in a valley to the East of Merthyr Tydfil. It seems to be populated by exclusively teens and friendly drunken men with impenetrable accents. We rode out of Rhymney through Trefil , into the darkness of the Moors, Mynydd Llangynidr and Cefn yr Ystrad, all the while being moisted upon by the prevailing wetness.

Riding into open countryside, we turned off the track and onto a bridal-way that led into a forest, thinking we'd be able to go off the path far enough for secrecy in the forest. This turned out to be an impossibility, prevented by the slope and rocky outcrops. So, instead, we rode along the bridal-way , the world reduced to the balls of light from our headlamps, which made the already challenging single-track even more interesting especially when the fence was strewn uselessly halfway down the valley-side. In day-time, this track would be a lot of fun to ride. Eventually we found a wider spot of path and made camp, fire and drunkenness.

Here's the views from the camp-site, the next morning; 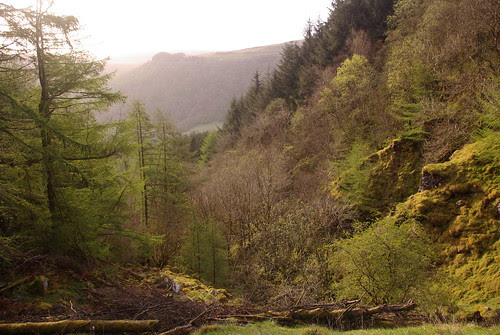 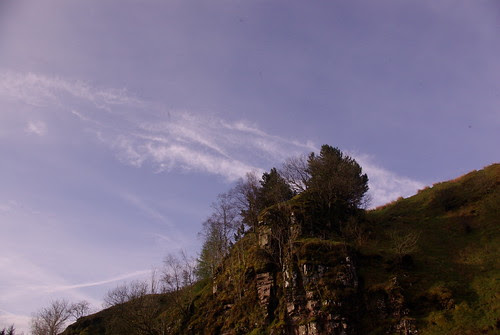 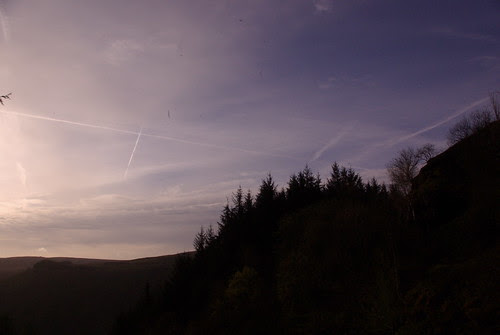 Elliot dicking around, as usual; 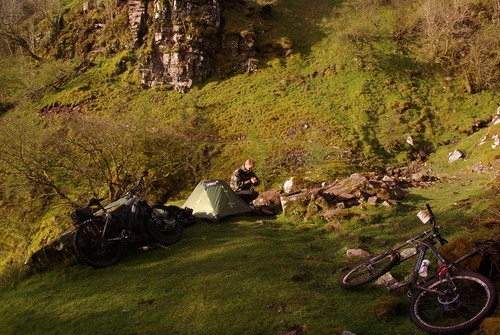 Myself doing very important things, and being cold, from Ell's perspective; 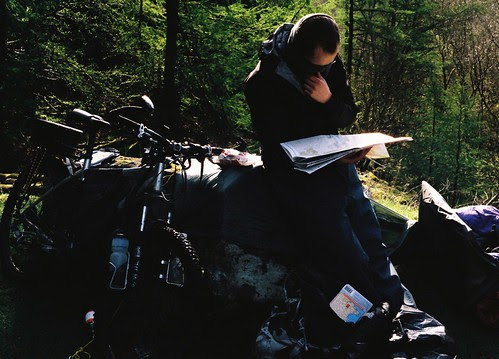 A little way up the trail, the path became much gentler. Elliot attempts to ambush a waterfall; 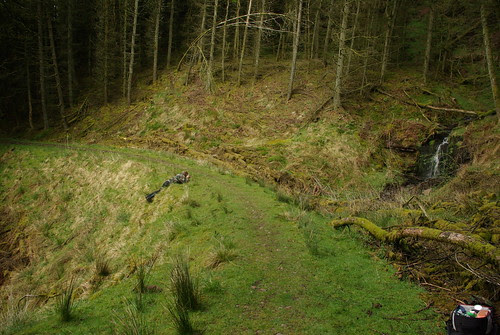 I attempt to ambush my bike; 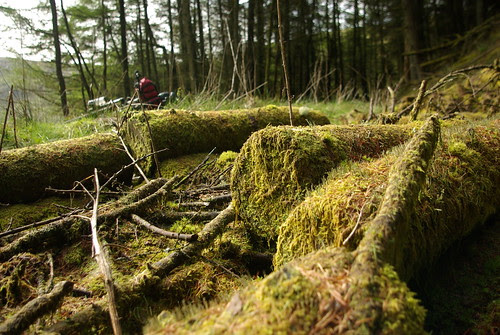 We left the forest, and the valley opened up before us to reveal the Cefn yr Ystrad quarries. 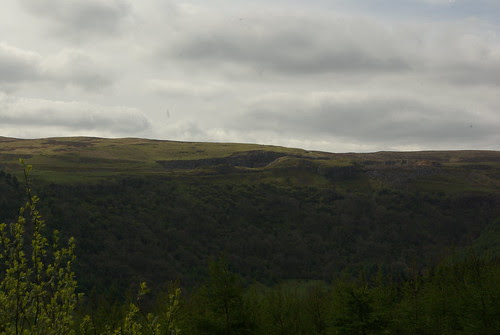 One of Elliot's shots of the same trail, cropped to a square format because he's too cool for school; 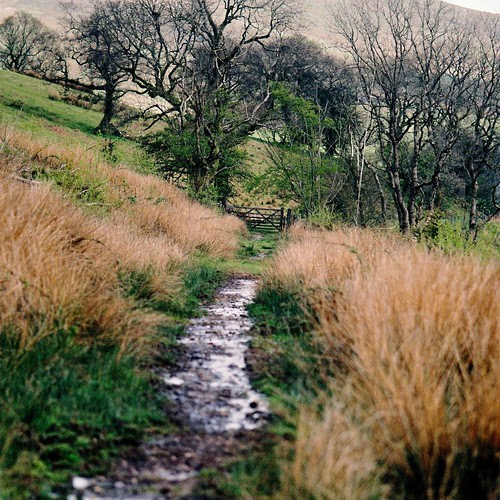 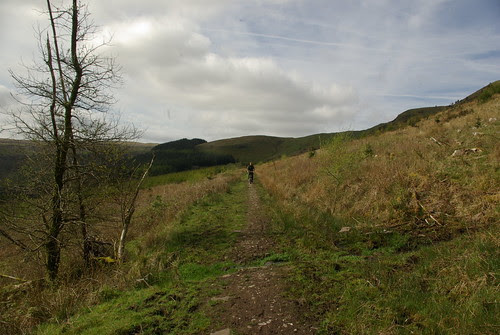 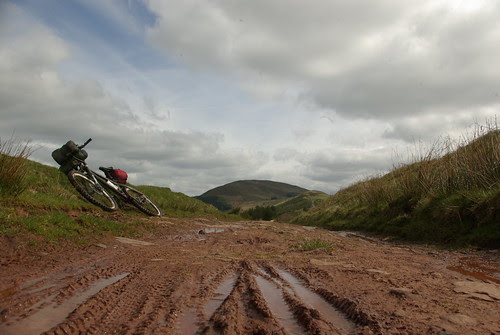 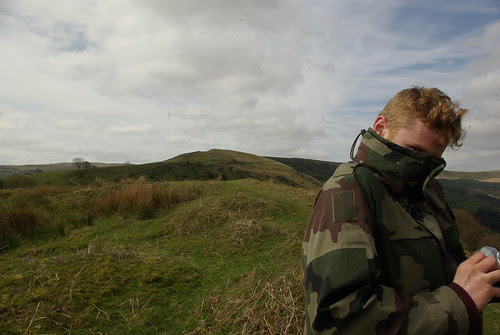 This photos shows the tail-end of the green-lane that bisects Bryniau Gleision and really doesn't do it justice - it was great, gunning it along this track, the ruts and undulations along this route made it awesome fun. I didn't stop to take a picture, it was just too much damn fun. 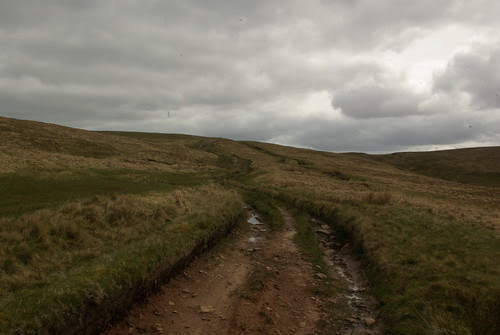 We head off the marked paths to get onto the footpath, which involved some bog-slogging fun, although this was expected and didn't last long. The footpath we reached would lead us to the peak of Pant y Creigiau was pretty spongey. 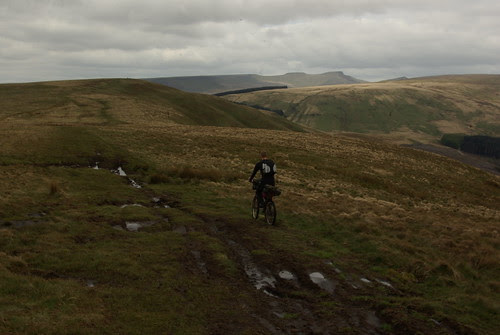 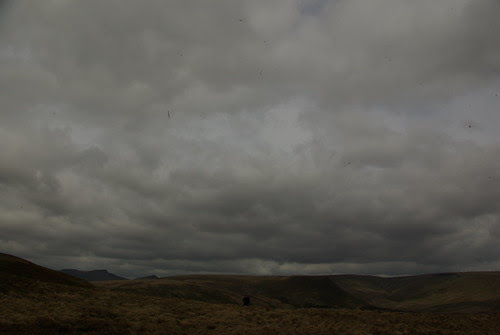 Another of Elliot's, looking towards the ridges of Pen y Fan; 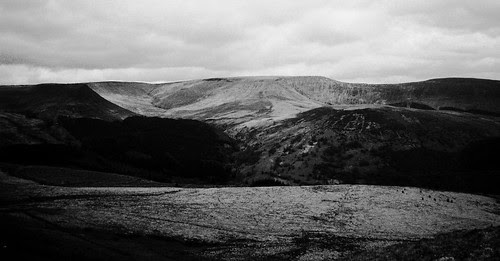 Not my idea. The view towards Pen y Fan from the trig point of Pant y Creigiau : 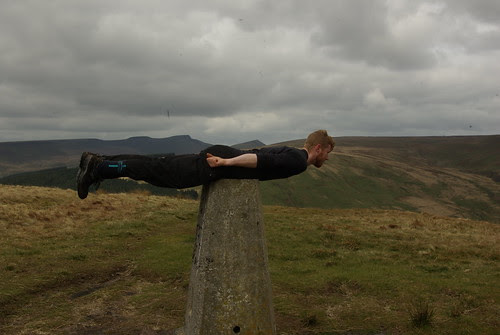 We pitched the bikes and gear in a forest, hoped no-one would rob them, and shoed it up Craig y Fan Ddu , along the Nant Bwrefwr. 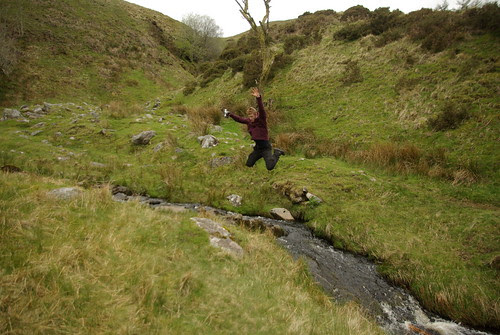 Yet another waterfall. Jeez, Brecons, get some originality: 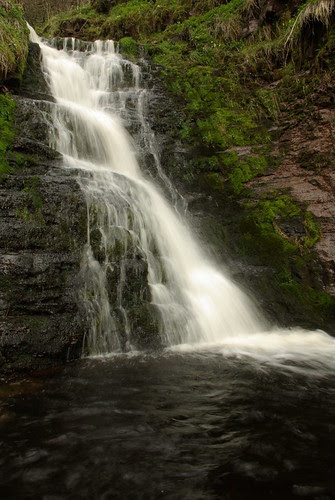 From the east edge of Craig y Fan Ddu , looking north toward Graig Fan Las. It was windy as a mother-fucker. 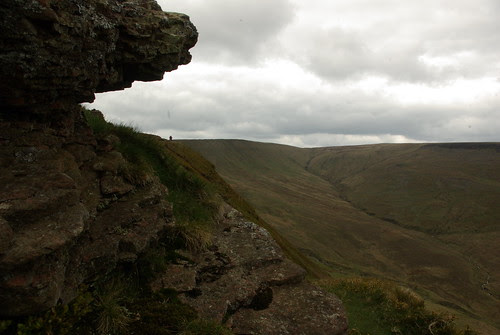 I love peat bogs, unless I get lost in one. 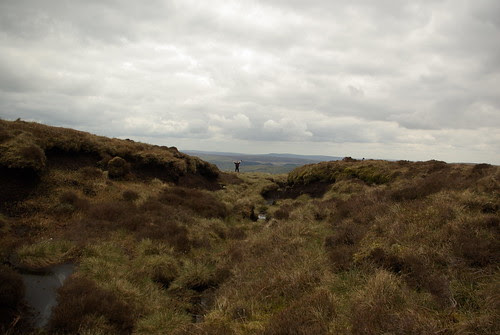 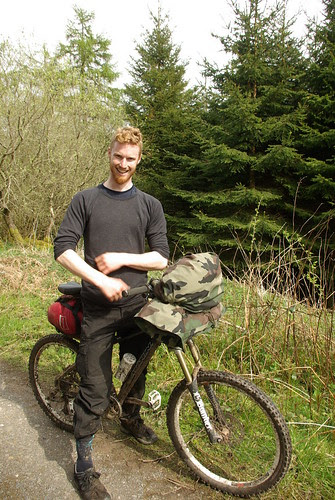 The Red Cow, a great pub in Pontsticill. A few good beers, nice atmosphere, relatively cheap and an open fire, which you don't appreciate properly until your shoes and socks have been sodden for a night and day; 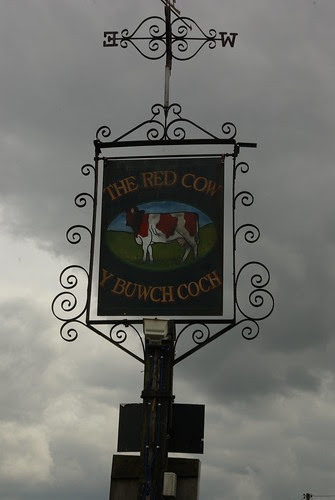 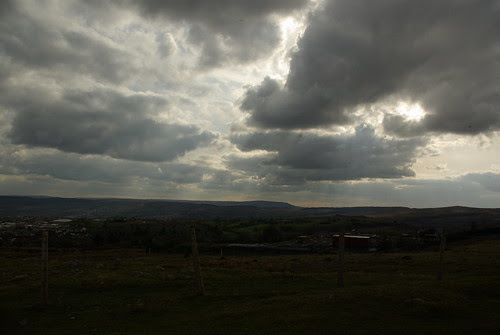 On the road back to Rhymney; 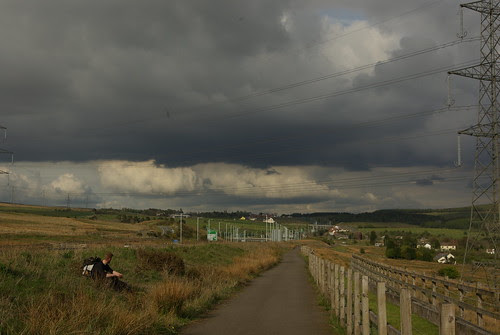 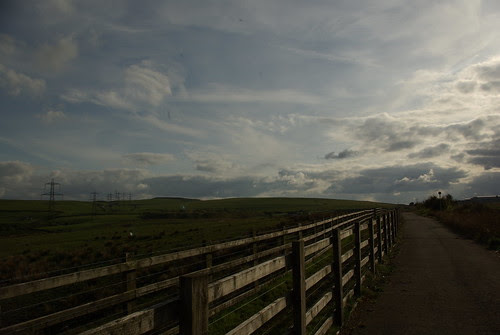 This was a damn fun trip for the most part, some of the trails were excellent, there some great sights across the valleys and a couple of half-decent photos. I'll definitely be returning to this area, and try and link some of the fun bits of trail. My trip from last December took a route that was close to what me and Elliot rode on this overnighter, and sections could be joined together to make a sweet circular route out of Merthyr or Rhymney.