This was a ride from december, 2011, between Merthyr Tydfil to Abergavenny. Here's the link to the route-map. 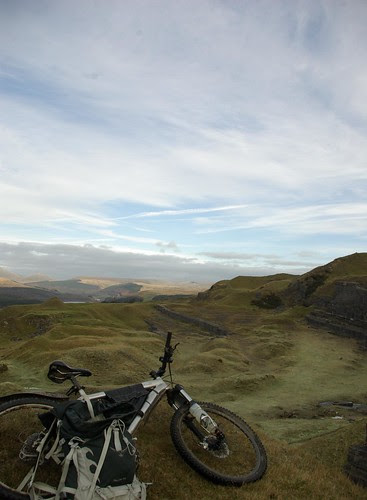 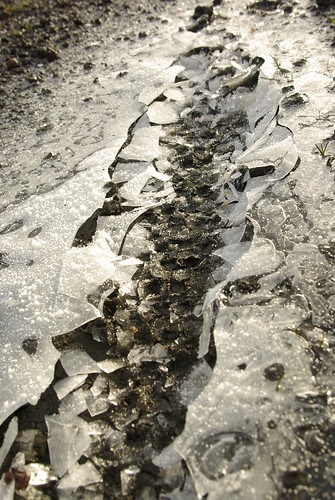 Phwoar, look at that Tread from the Maxxis Swampthing. 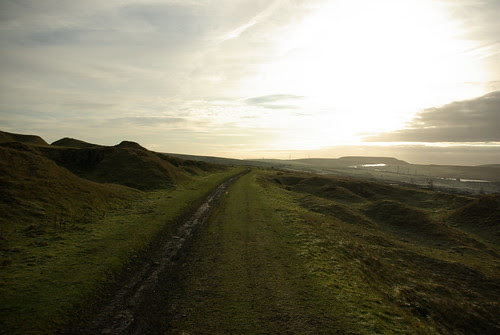 The view toward Merthyr Tydfil. 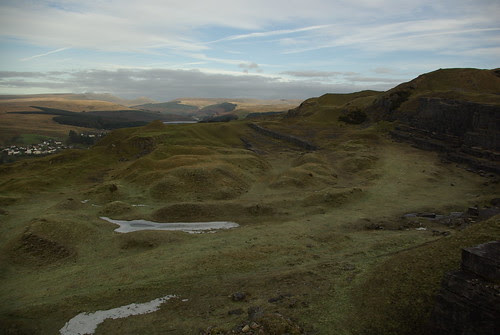 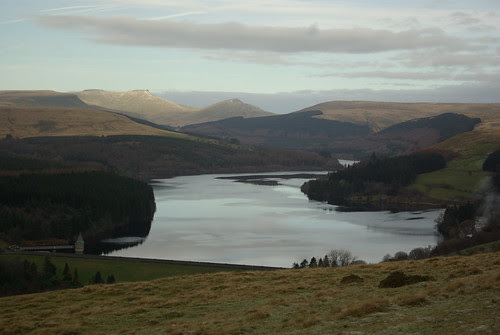 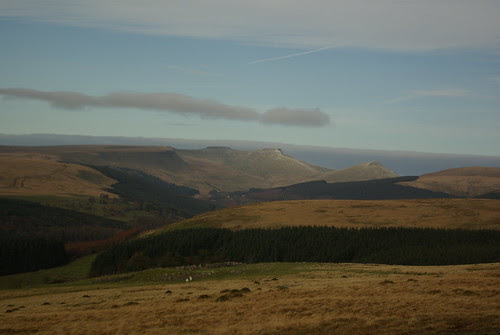 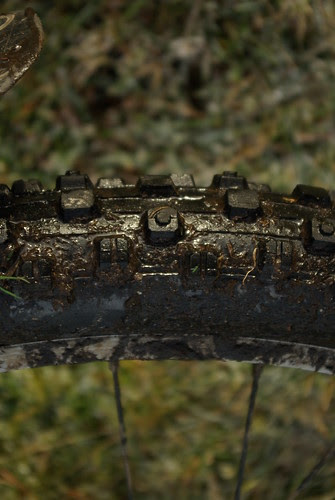 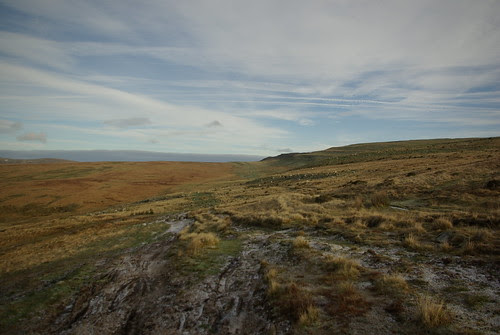 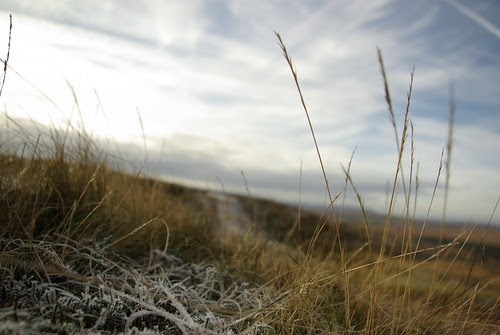 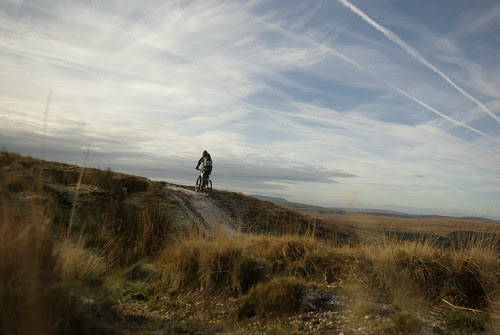 Whose that sexy man? 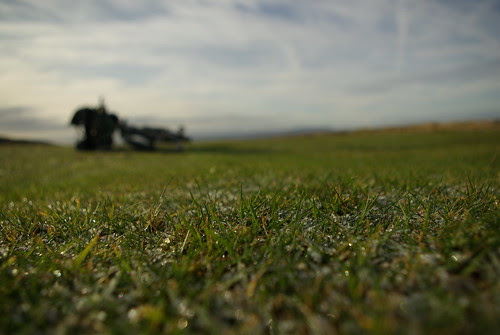 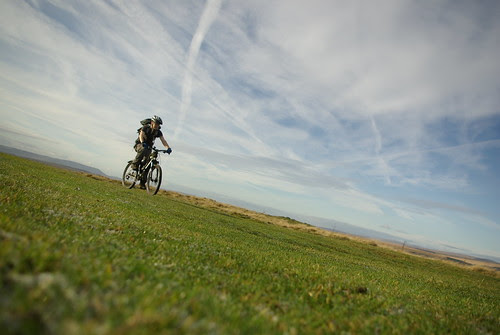 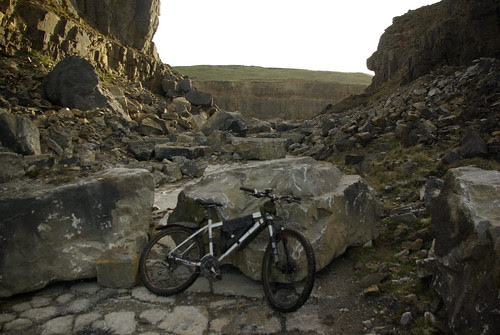 This quarry is pretty active apparently. Stones fall down the sides of the quarry and echo. I wasn't freaked out. I'm not a colossal wuss. 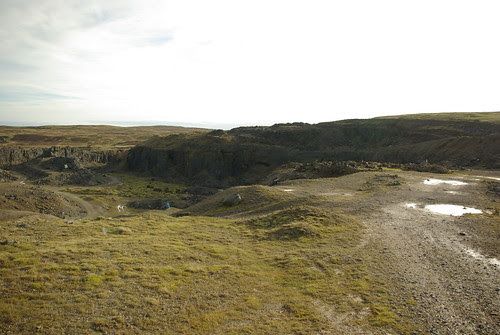 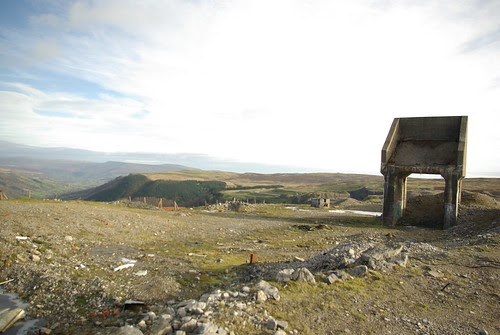 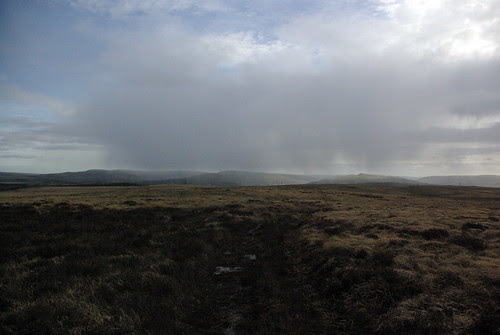 After grabbing a swift pint in Trefil, I headed across the moor (Mynydd Llangatock) north-east towards Crickhowell. The path, initially marked well by, I assume scramblers, soon disappeared completely and I was forced to walk. Then it started snowing. 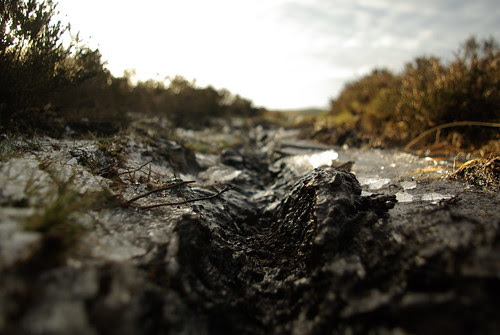 When I rediscovered paths, it was joyous, however. I rode to Abergavenny along a canal, to avoid the road, althoguh this was pretty dull. The initial half of the ride, between Merthyr and Trefil, was really nice; some interesting terrain and reasonable quality bridalways. The majority of the second half, after leaving Trefil was just a slog across the moorland. For a short day trip, I'd get the train to Rhymney or similar and ride the opposite way I went, going into Merthyr Tydfil, avoiding the slightly draining experience of cycling uphill for a number of miles to escape Merthyr. There are plenty of undulations from quarrying activity that can make for fun diversions from the routes. Additionally, the views towards Pontiscill reservoir, and the various ridges makes for decent views if you're into that kinda thing.
Posted by C.H. at 14:19